ISAAC leadership includes a proven, experienced group of trucking and technology experts. As industry leaders, they dedicate themselves to elevating fleet clients and each member of ISAAC’s outstanding team. Jacques DeLarochelliere is the CEO and cofounder of ISAAC Instruments, and Chair of the Board of Directors. His business journey began on a racetrack. One morning in 1990, Jacques tried to understand his poor performance as a race car driver, which he initially blamed his race car’s tuning. Santo, his mechanic, then pretended to make adjustments, as he was convinced that everything was fine.

When he got back on the track, Jacques made the best time. Proud of his performance, he was sure the adjustments he had asked for had done the trick. He was then told nothing had changed. This lesson in humility helped Jacques realize that people couldn’t feel, record and explain actions and reactions as well as technology. This triggered his need to develop a tool to quantify the behavior of race car drivers and their vehicles.

The family home’s garden shed then became ISAAC’s first laboratory. With his childhood friend David Brillon, he spent his free time working on his telemetry system. At the time, the Internet, GPS, cellular communication and accelerometers were brand new tech!

In the early 2000s, his telemetry system piqued the interest of leading automakers, like Ford, GM, Chrysler, Honda and Toyota. His entrepreneurial vision enabled him to build a successful business, which today brings its unique expertise to the transportation industry.

Jacques is a sportsman at heart. He particularly enjoys speed and extreme sports. If he so enjoys riding his longboard to the office, it’s because the slopes along the way help get him there really fast! Jean-Sebastien Bouchard is Executive Vice President of Sales as well as cofounder of ISAAC Instruments. He is responsible for implementing the business strategy for the telemetry and telematics solutions designed and manufactured by the company. He has more than 20 years of experience in the development, service and commercialization of telemetry solutions in the transportation industry.

From a young age, Jean-Sébastien has always been the one who liked to uncover problems and solve them. He was the expert at changing the time on the VCR without instructions! Today, this curiosity is put to good use helping trucking fleets meet their greatest challenges. Thanks to his analytical skills and problem-solving abilities, he contributes to the evolution of ISAAC’s solutions.
Jean-Sebastien holds a bachelor’s degree from McGill University in computer engineering with a specialization in technological entrepreneurship.

Passionate about many sports, such as hockey, skiing, mountain biking and running, he especially wants to pass on this passion to his two daughters. David Brillon is Chief Technology Officer and cofounder of ISAAC Instruments. A true software Jedi, David launched the “ISAAC” project in 1999 with his childhood friend Jacques DeLarochellière. He now leads the software and hardware development teams which help set ISAAC Instruments apart by covering all aspects of vehicle telemetry. Julie Phaneuf is Chief Operations Officer at ISAAC Instruments. She leads all teams responsible for the client journey; from the deployment of the ISAAC solution to the delivery and installation of the equipment, as well as maintaining the satisfaction of long-time clients. Julie cherishes the Effortless Experience approach to client care. Recognized for her leadership and multidisciplinary team management, Julie’s passion and innovative thinking ensure ISAAC Instruments puts clients at the center of every decision.

Julie is a seasoned leader with valuable experiences in technology companies. Prior to joining ISAAC Instruments, Julie started her career in high-tech companies such as BNR and CAE. She then moved into C-level positions at Jobboom (Canoe-Quebecor), Newad and TC Media.

Julie holds a bachelor’s degree from HEC, as well as several certifications. She is a sports enthusiast. In her spare time, she bikes, hikes, runs or skis with her family and friends. She also likes to channel her passion into supporting industry-related causes such as Le grand défi Pierre Lavoie and ACQ Golf & Bike Day. If you need an athlete on your fundraising team, look no further, she’d love to join you! Ross Castleton, CPA, CA is the Chief Financial Officer at ISAAC Instruments where he leads the financial and accounting operations of the Company. A thought leader and finance disciplinarian, he works to ensure the business scales responsibly. As a relentless growth steward, Ross enjoys rolling up his sleeves and using data to optimize the company’s operations and processes. He is passionate about technology and disrupting industries through innovation. He is motivated by the personal satisfaction of mentoring and training teammates to their full potential–the ultimate test of a successful leader.

With a BComm in Honors Accounting from McGill University and the Chartered Accountancy designation through John Molson School of Business, Ross is a seasoned leader with over 16 years of experience in finance, accounting, turnaround consulting and executive management.

Outside the office, Ross is a passionate supporter of Liverpool Football Club and the Baltimore Ravens. He enjoys powerlifting and can often be found kicking a soccer ball around a pitch. 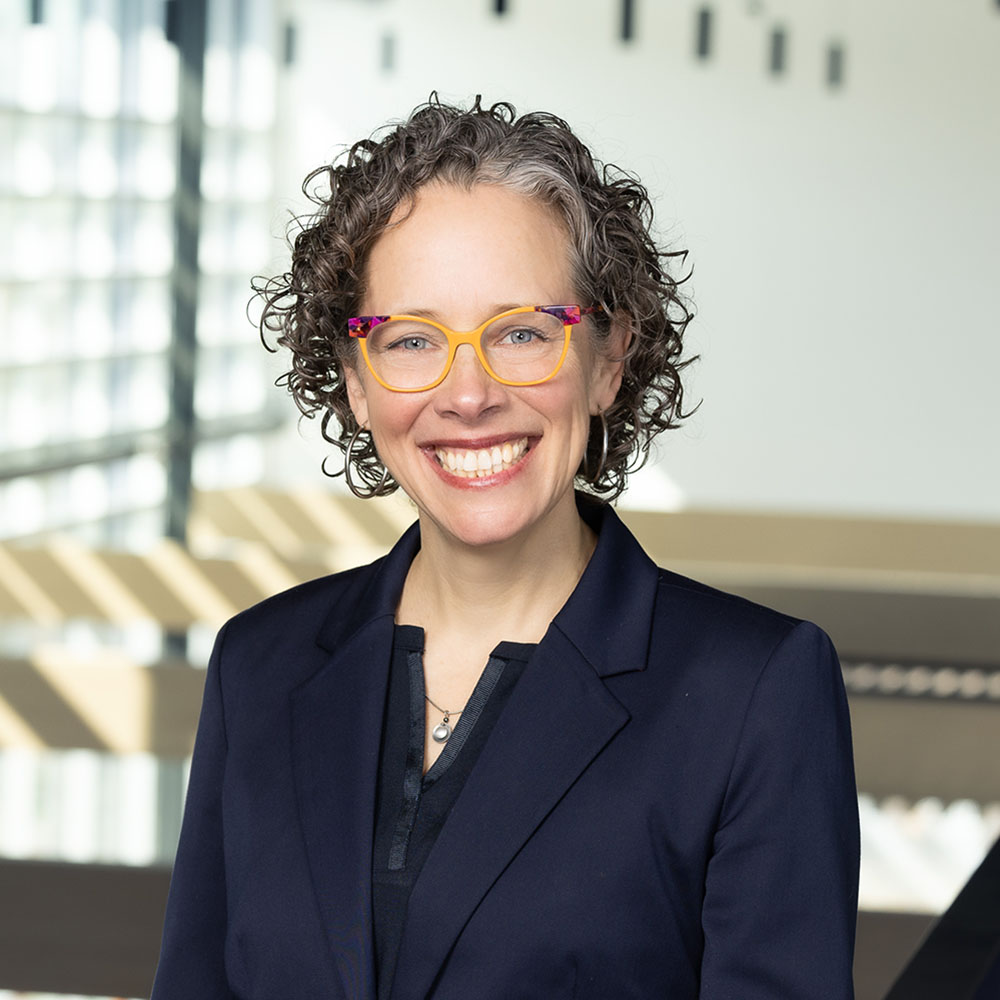 Josiane Lorange is Chief Wellbeing Officer at ISAAC Instruments. She envisions and leads organizational development initiatives to maximize ISAAC Instruments human potential and leverage the team’s innovation, leadership and management capabilities. Always curious about humans and what drives them, she continuously strives to find alternate work methods to be more creative, agile and collaborative while putting people at the center of every decision.

Prior to joining ISAAC Instruments, Josiane worked with various technology companies including HydroTerra (WSP) and Geo-3D (Trimble). Josiane holds a bachelor’s and a master’s degree in Civil (Environmental) Engineering from McGill University, a Fellowship in International Development Management as well as an MBA from HEC.

A nature lover, Josiane is also passionate about lifelong learning. She describes herself as an aspiring impact maker, but those around her will tell you that she is already doing it wonderfully! With more than 20 years of experience, Brigitte possesses unparalleled innovative vision and rallying leadership. An experienced communicator, she is an expert in the art of strengthening relations and fostering a creative and positive workplace. She holds an MBA from Concordia University and has dedicated her career to the tech industry. She has held several leadership positions at major companies including Bell and Yellow Pages, and she helped accelerate the growth of SaaS companies such as Sherweb.

Brigitte is passionate about every aspect of development and dedicated to building and developing the teams she leads. She champions women’s leadership to help shape the next generation of leaders. Getting back to nature is her favorite form of self-care. Matt Ruth is the Vice President of Implementation at ISAAC. Matt started his career working in transportation immediately upon graduating from college and has served in a wide variety of operational, technology, and leadership roles.

He has gained a wealth of experience over the past 25+ years leading teams responsible for managing the most complex transportation technology implementations. Matt has thus developed a unique ability to provide practical solutions to an otherwise complex and fragmented ecosystem of supply chain technology solution providers. Mike Stapleton is the Vice President of Industry Relations at ISAAC. He grew up in Ohio in a transportation family and has been reading Transport Topics since he was 7 years old. His father was a traffic manager for a large manufacturing company that used various modes of transportation and exposed him to the supply chain at a very early age. Following high school, he headed to the University of Tennessee and obtained a degree in transportation while playing basketball on the side. From there he jumped both feet into the trucking industry working in the LTL segment.

After spending 15 years between Yellow Freight and Watkins Motor Lines, Mike decided there had to be a better way of making a living, as trucking and especially LTL, is hard. He took the work ethic he learned from his experience in trucking and jumped to the technology side of the fence and has been there for the last 26 years.

Although he travels like a rock star, he loves to hang out at home with family and friends to play as much golf as possible. Aside from golf, he’s into most sports, as well as muscle cars and music. Beth Tattershall, Vice President of Business Development for the Southeastern U.S. at ISAAC, is a graduate of University of Tennessee, with a BS degree in Logistics and Transportation. She has spent her entire career in the trucking industry, assisting fleets to solve problems, identify areas of opportunity and attain business objectives. Most of her time has been spent in the telematics space. Prior to joining ISAAC, she was with SmartDrive Systems for close to two years and Trimble/PeopleNet for almost 17 years. Beth is based in Greenville, SC. Rihard Suler, Vice President of Business Development for Canada and Northeastern U.S. at ISAAC, is a graduate of McMaster University with a bachelor’s degree in Computer Engineering. He started his career in the engineering department at US Steel. He swapped out his engineering cubicle to hit the road selling telematics solutions 13 years ago due to his passion for helping truck fleets use technology to fix their business challenges. . Rihard is based in Toronto, Canada. 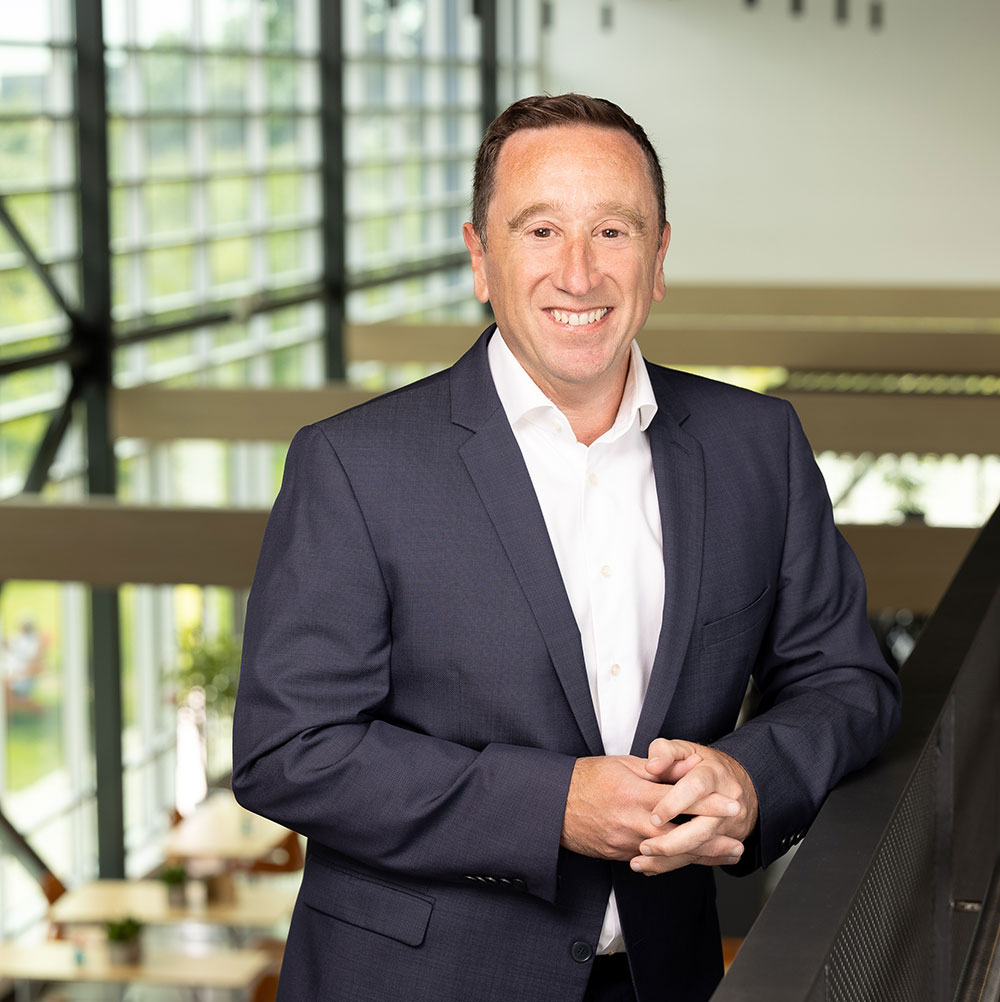 Joe Russo, VP IT & Security at ISAAC, is an IT Executive with over 20 years’ experience leading IT teams in multinational environments and various sectors: banking, pharma, transportation and technology services. He has held senior leadership roles in Switzerland at Morgan Stanley and the Bank for International Settlements, and then in Montreal at McKesson Canada, Syntax and CN Rail. His experience in aligning IT strategy with corporate strategy makes him a strong transformational leader who excels at overcoming technical, cross-cultural and organizational challenges to solve business challenges. Joe holds a MSc in Information Technology & Management from Sheffield University, completed the Mini-MBA program at McGill University and holds the CISSP certification.

Together, we simplify trucking

Looking for a technology partner that understands trucking?

Talk to our experts
Why ISAAC Overview

Ask us anything, we're happy to help
Careers Overview
Join Us

See what drives us every day